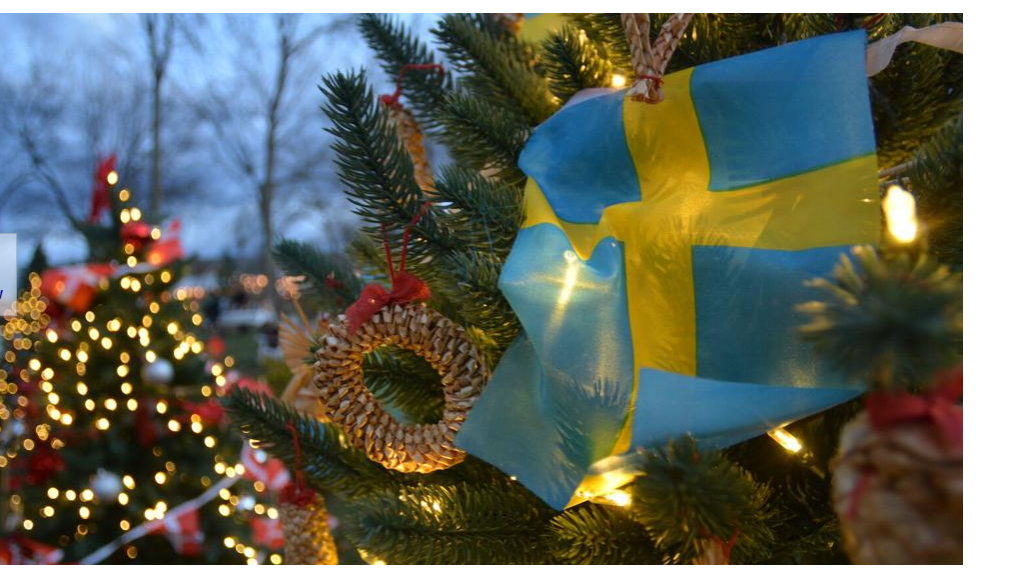 Dodona Manor Tree Walk Highlights Marshall Plan’s European Impact
As part of the continuing commemoration of the 75th anniversary of the Marshall Plan, the ... More

As part of the continuing commemoration of the 75th anniversary of the Marshall Plan, the Leesburg home of Gen. George C. Marshall will feature a festive light display all through December.

The European Recovery Program was a U.S. effort that supplied nearly $13 billion to help finance rebuilding efforts in 17 European nations in the wake of World War II. The Marshall Plan Tree Walk features trees decorated to represent each of the participating nations.

During a ceremony to light the tree Saturday evening, André Haspels, the U.S. ambassador from the Kingdom of the Netherlands spoke about the importance of the Marshall Plan—in the past and in the future.

“The Marshall Plan gave me the opportunity to live not only in a safe and a secure world, but also in a world where we had access to food, to healthcare, and to security. And it also allowed me to pursue my education, to grow up in a world that was better than my parents and grandparents knew. For that I will be forever grateful,” Haspels said.

“Although we do not know how this war will end, we do know that at a certain stage there will be a plan for recovery necessary. Of course, you cannot replicate the Marshall Plan from that time immediately to a different country or a different region in a different era, but you can still, I think, use the principles of the Marshall Plan to help build up a country that has been demolished by war, and I hope we will arrive at that time very soon,” he said. “If we want to do that properly, we have to study the Marshall Plan. How was it implemented? How was it received? Were there also disadvantages? Especially, why did it work out so well?”

“I really hope that we will be able to not only stop the war in Ukraine but also to implement a Marshall Plan for the brave Ukrainian people who, like I did when I was young, benefit from the Marshall Plan,” Haspels said.

The ambassador’s visit to Leesburg came just hours after the team from the Netherlands defeated the U.S. team in the World Cup, knocking the Americans out of the competition.

“I appreciate many things from the American people and one of them is their sportsmanship,” Haspels said.

He offered an optimistic outlook for the American team, particularly with the next World Cup, in 2026, to be played in the U.S. “In four years’ time, there will be World Cup soccer here and I’m sure you’ll be even better by then.”

The George C. Marshall International Center operates Dodona Manor—the home of George and Katherine Marshall from 1941 to 1959—as a historic house museum at 312 E. Market St. in Leesburg.